IS DRAKE THE RAP GAME FDR? 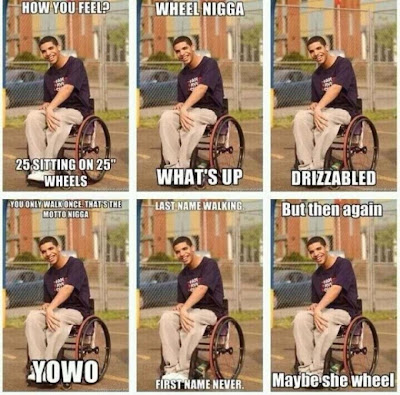 So yo, I think my greatest contribution as a rap blogger - besides the hardboiled street tales I deliver post after post - is da connections I be makin between the rap world and the world beyond.  And y'all may not know dis, but I took an American History course once and now I got wisdom out the bootyhole.  Scopes Monkey Trial?  Sacco and Vanzetti?  Yeah, I heard of them shits!

So recently I got to thinkin bout the relationship between FDR and DRAKE.  For those who don't know, FDR was an American president way back in the olden days when things were black and white and Yahoo was the only search engine in existence.  Now many people don't know this, but FDR was left paralyzed after trying to pull of a Christ Air on this huge-ass halfpipe and had to keep the fact that he was in a wheelchair on the d-low. 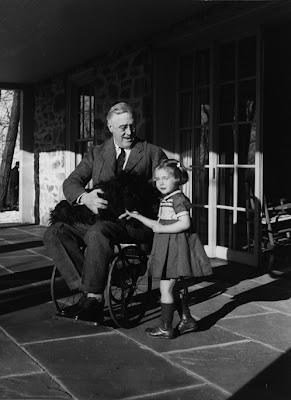 But despite all this, FDR ran his shit.  The dude was straight up gangsta, serving as president for a record three terms and droppin the A-bomb like it wasn't no thang.  One might call him the MICHAEL JORDAN of the American presidency.  Some people have even called him a dictator cause he was such an OG kingpin.

So for like 12 years it was nothin but FDR.  Turn the radio on now and who you gonna hear? DRAKE all day.  He is currently the FDR of Clear Channel radio.  But there's more!  As many of us now, DRAKE was on Degrassi before he was a rapper.  The character he played, Jimmy Brooks, was left paralyzed after he slipped on a piece of Canadian bacon.  So dude spent time in a wheelchair, perhaps learning how to see the world from FDR's perspective.

Now, I ask: is there a certain power derived from the wheelchair itself?  Look at MF GRIMM: 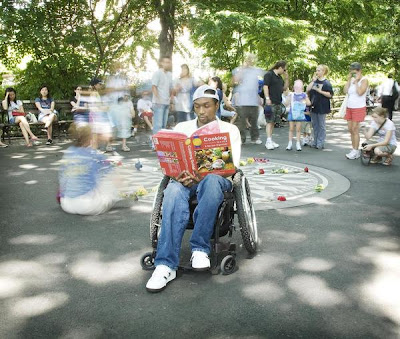 Dude goes hard on the mic and was able to get his life together after being shot in connection with his involvement in tha drug trade.  Maybe like HOMER and MILTON, some OG blind rappers whose loss of sight may have substantially affected their subsequent mixtapes, seeing the world from a different perspective endowed GRIMM with unique poetic insight. 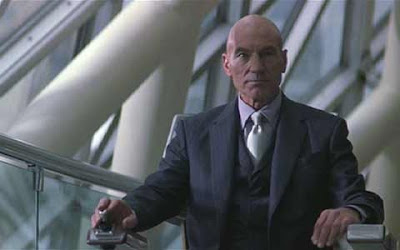 I mean look at PROFESSOR X. Dude was mad smart, he could bend spoons with his mind and shit.  And STEPHEN HAWKING, too, he also mad smart.  I dunno yo, I just be thinkin bout things.
Posted by SE at 12:03 PM